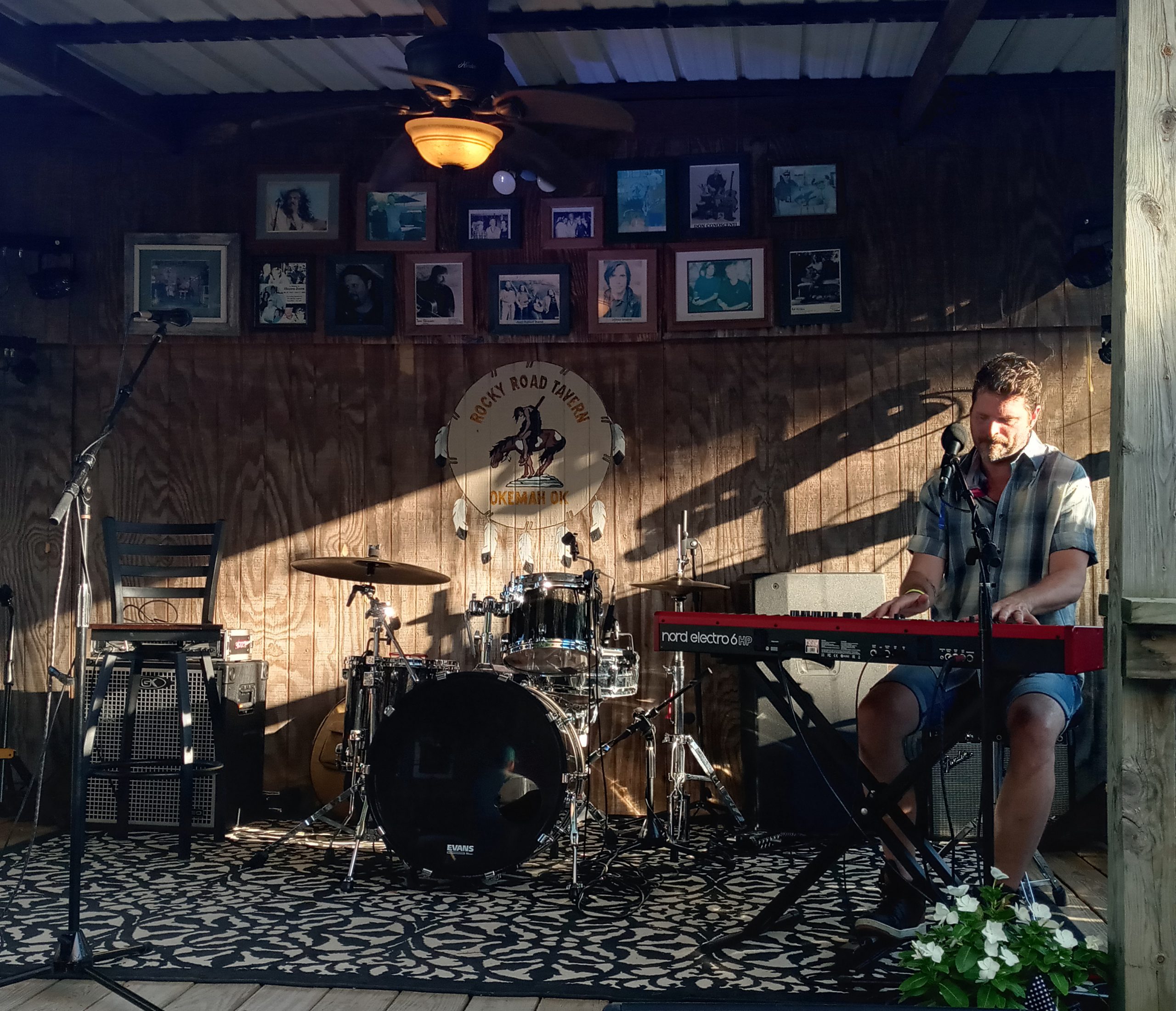 It was quite the honor to be playing at the Woody Guthrie festival in Okemah, Oklahoma. This sesh was recorded at the Rocky Road tavern where many famous folk artists have gone before me. I wrote this song as a tribute to Rosa Parks and it felt fitting to play this song at the most famous and intimate folk festival in the world, in honor of probably the biggest folk poet ever alive: Woody Guthrie.

It was insanely hot (tripple digits) hence one of my keys (the low F) got stuck from time to time, which I had to pull up again, in order to keep using it.

In all honesty I wasn’t playing as part of the official line up, I played at the open mic during the festival, but that doesn’t make the honor on my part any less. And who knows, maybe next year I will be part of the line up, fingers crossed! 😉