Labelle – Back To Now 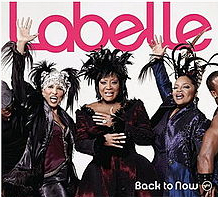 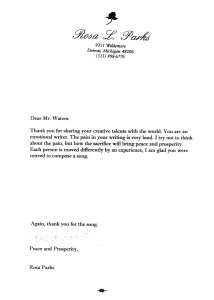 Michael (aka Michael Waters) composed and wrote the song ‘Dear Rosa’ originally as a tribute song for Rosa Parks. Michael was able to send Mrs. Parks the song when she was still alive. She wrote him a personal letter back to thank him for the song. As Nona Hendryx later stated in various interviews: this song lead to the reunion of the group Labelle (Patti Labelle, Nona Hendryx and Sarah Dash) and it was the first song they officially recorded for their album Back To Now. Nona co-wrote the lyrics for this specific version of the song. 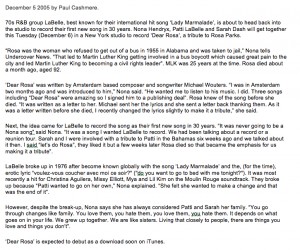