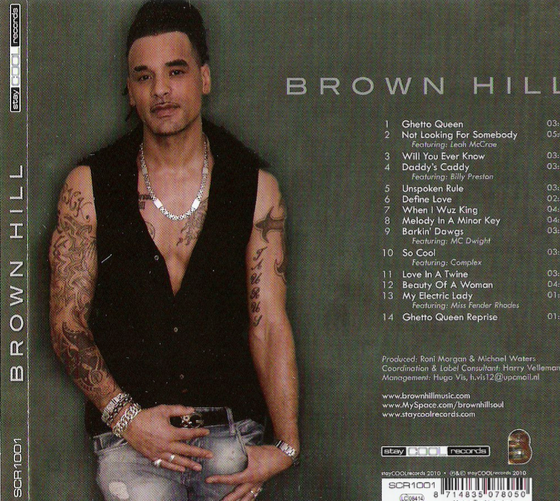 The song Daddy’s Caddy was a co-write with the late Billy Preston. When Billy was on tour with Eric Clapton in Europe he stopped by the Soul Planet studio’s in Amsterdam to play Fender Rhodes on a beat which was later to become the song Daddy’s Caddy. Based on the idea that the singer was looking to retrieve his old man’s car, a Cadillac 1959 Coupe de Ville, which his dad had to sell back in ‘them days’ to provide for his family.

Michael finished the music that was co-written with Billy Preston and Roni Morgan, wrote the lyrics to the song and produced the track and vocals for Brown Hill.